Petersham has just today (March 13, 2010) held its 9th Bairro Português – Portuguese Food & Wine Fair. And a beautiful day for it, too; sunny, clear blue skies, with temperatures around 30C. Of course while I was there, I had to visit Sweet Belem, to try their Portuguese tarts I had heard about.

We first wandered around the stalls, to see what was being offered. Two streets were closed off for the Fair. 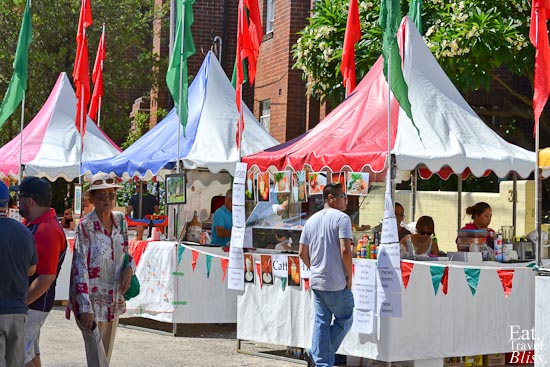 The BBQ cooking the sardines was kicking up a smoke-storm (although not as much as a tent down the road which had something burning which shouldn’t have been, causing a temporary intervention by the security people): 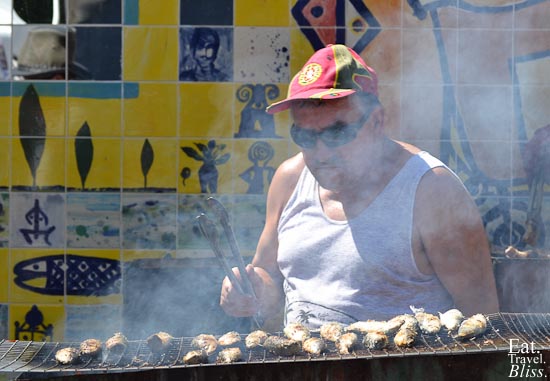 Since I keep on trying to find some paella as good as some I had in Amboise, in the Loire, a few years back, I had to try the paella here. It was a tasty paella, with the typical luscious full flavours, and a good amount of mussels, prawns and squid: 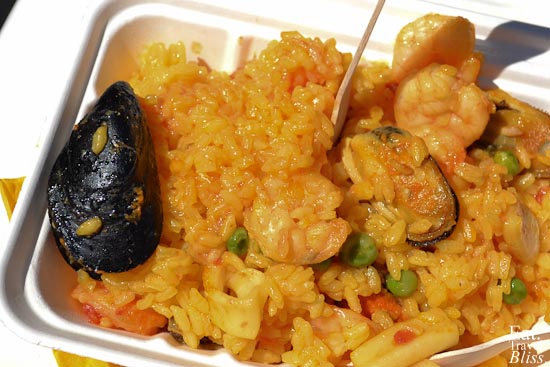 All that walking around in the hot sun makes one thirsty. The sangria helped that, and with all of the fruit, was like having dessert at the same time: 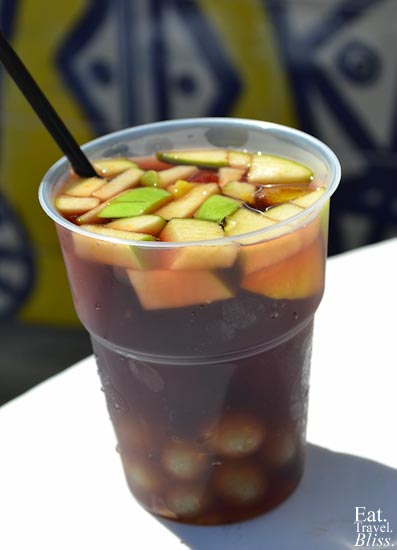 There was a continuous stream of activity on each of the two platforms set up at either end of the Fair. 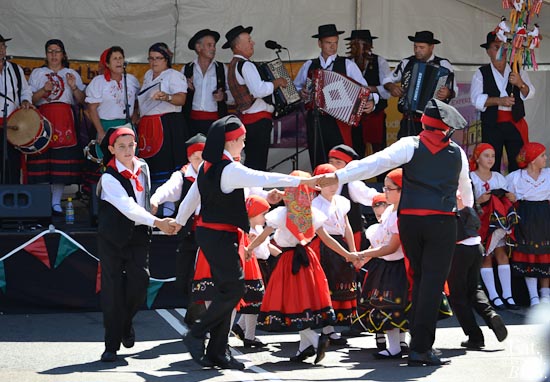 I had to try something else from the stalls, choosing a chorizo roll, served with a fresh chili sauce, lettuce and a mayonnaise, on a light roll:

After some more wandering, I got some of the fresh lemonade, just perfect, not too sweet, ice cold, refreshing in the heat of the sun.

And more dancing and singing, gathering the crowd in to the dances at the end. Fun!

Just around the corner from the Food & Wine Fair is Sweet Belem, selling wonderful Portuguese pastries: 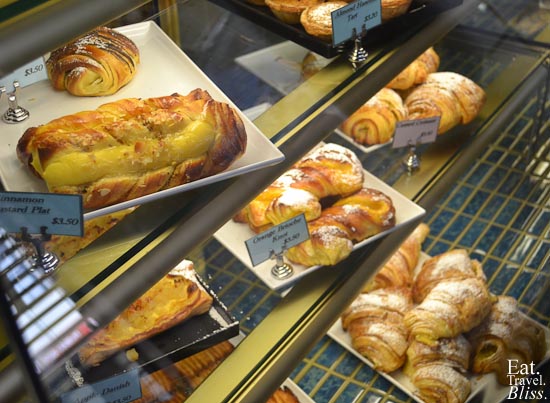 I had heard so much about their Portuguese tarts, so just had to try them. We also tried a palmier filled with custard, and an almond tart: 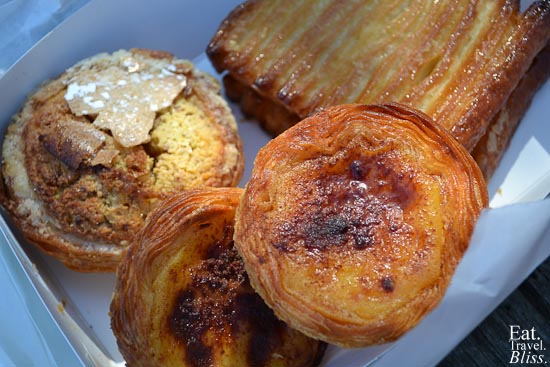 Each of the pastries were “best in class”, the best I’ve had for each of them. The Portuguese tart (called the “Sweet Belem Tart” there) has a pastry which is both flaky and crunchy, the custard full of flavour, but not too rich, topped with cinnamon. Without a doubt the best ever. Every other Portuguese tart will always compare to these.

The palmier was light and crunchy, too. Both that and the almond tart were not rich or too sweet, just light.

Location for the Bairro Português (Sweet Belem is just a block away):

The day is proof of the world that is in Sydney, the variety of cultures alive within the metropolis. To see it, all it takes is to get out of your comfort zone and go exploring other parts of the city.

So, what are your favourite cultural experiences within Sydney, or the city where you live?